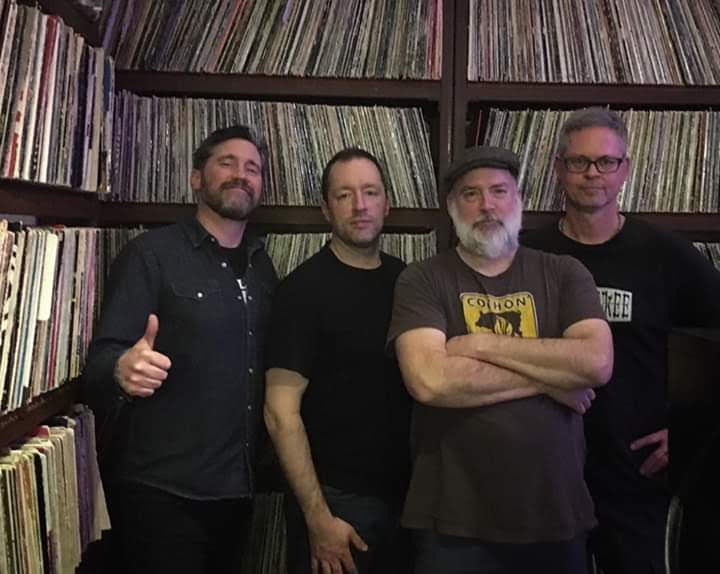 Floor Model is slightly damaged in more ways than one. 20+ years of rocking the Milwaukee scene with no desire or plans to quit anytime soon. Come see a high energy show or listen and you’ll see who and what we are all about. We don’t want everyone to like us. Just the people who get us!

The phrase “Joy Is Elusive” appeared in Harborcoat’s Matthew Carlson head one day, and the singer/songwriter/guitarist wrote it in black Sharpie on a piece of paper and tacked it to the wall above his studio computer. Those words became a conceptual signpost for the Harborcoat’s sophomore album, aptly titled, Joy Is Elusive.

“Not that joy doesn’t happen, or that we can’t find a lot joy in life and work, but it seems it can be difficult to find these moments and hard work to sustain them,” the Lansing, Michigan artist shares. “I’ve struggled with depression and anxiety all my life and it has always crept into my songwriting as a sort of veiled subtext. With this new batch of songs, I made a conscious effort to write about it more directly. They aren’t mopey or deliberately maudlin, but I think during these times people are feeling a lot anxiety, depression, and they have been grappling with isolation. These topics are part of the human condition.”

Matthew is the main songwriter in Harborcoat. Previously, he led The Pantones for more than a decade, and currently he writes songs and plays and sings in Lansing power pop outfit, The Stick Arounds. In addition, he is the owner and operator of Phonophore Records.

The Spud Bucket Story:   Born from the ashes of Those XCleavers, Tom T (aka Lesions) formed this band named after a bucket of plumbing parts. Sounding in the vein of Tom Petty meets Cracker with a dash of Rockpile, Spud Bucket continues to create fun danceable music.