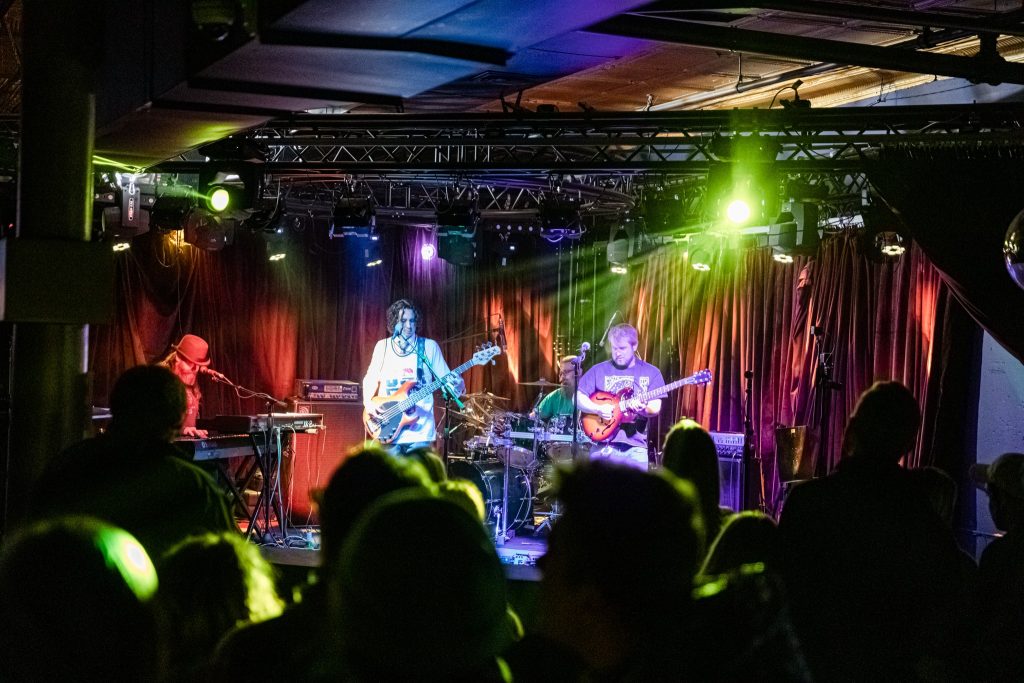 A formation of close friends and made out of remnants of other Chicago jam scene projects, Downers Groove has been building their sound and reputation since 2012 from their home base in Downers Grove, IL. Masters of blending their individual musical styles of influence into a collective new whole, their heart-felt lyrics, catchy melodies, and floor thumping grooves mixed with soaring solos and spur-of-the-moment improvisations weave together a seamless musical experience that is unique and fresh, yet familiar. Downers Groove is “well-versed in variety, with a live performance [style] that showcases their skill in onstage communication and intuitive improvisation” (The Daily Herald). The group has performed in Chicagoland since 2012 at such venues as Martyrs’, The Point, Reggie’s, The Cubby Bear, aliveOne, and Phyllis’ Musical Inn, and has appeared at a number of music festivals including Homegrown, Eyes to The Skies, and Summer Camp: On the Road Tour. Since 2019, The DG flame has been catching fire and is starting to turn up all over the Midwest club circuit. To date, Downers Groove has self-released two albums, both critically acclaimed: A Long Way (2018) and Live Vol. 1 (2019).

“Bodhicitta” (Bow-Dee-Cheeta) is a band based out of Southeastern Wisconsin. Since their inception in 2017, Bodhicitta has captivated audiences across the midwest with their high-energy blend of funk, rock, jazz fusion, bluegrass, and countless influences. The band has performed and shared the stage with members of Los Lobos, The String Chesse Incident, Umphrey’s McGee, .moe, The Wailers, Thievery Corporation, Digital Tape Machine, Joe Marcinek, Marcus Rezak, Kofi Baker (son of Ginger Baker), Ladysmith Black Mambazo, and many touring acts from around the country. Bodhicitta strives to make each show unique and different from the last, keeping audiences on their toes and steadily growing their fanbase with each performance.