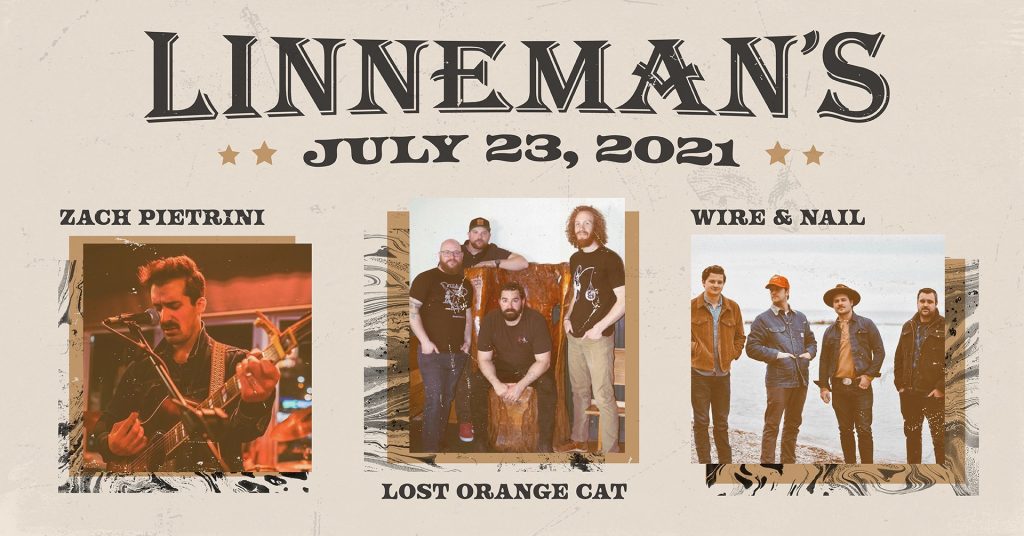 Lost Orange Cat is a Milwaukee Folk N’ Roll group comprised of four members. Their catalog features original material composed and written by the members of the band. Lost Orange Cat has a unique combination that will rotate between both Josh Konkel on guitar and Daniel Rathmann on Bass as the lead vocalist, while also flipping between their primary instruments. Add a mandolin, played by Joe Royten, into a singer songwriter rock n’ roll band along with full drums and percussion provided by Kyle Ciske and you get the individualistic sound that is… Folk N Roll.

Voted Best Live Act in Milwaukee (Milwaukee Magazine), it’s been 4 years since Zach Pietrini showed up on the Milwaukee music scene. Despite being a Chicago transplant, The Zach Pietrini Band has become a recognized name around town playing featured spots at SXSW, Summerfest, and Mile of Music. At the forefront of the Americana resurgence in the north country, Pietrini quickly distinguished himself with his fearless vulnerability, prolific writing, and dynamic live show. “Pietrini’s skill is crafting the kind of Americana that gets right into you with a beguiling friendliness” (88Nine Radio Milwaukee).