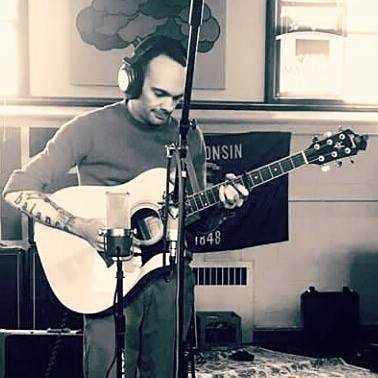 Involved in independent music production and publishing since youth. Learned guitar by playing punk rock- from unnamed basement projects to “bassist” in late-90s Slayer-esque Milwaukee vegan cult Killtheslavemaster (toured with Since by Man and permissively crashed Racetraitor’s set at Hellfest ’99).

Began solo songwriting in late-00s, moved back to Milwaukee to study fine art and teach. Met Christopher Porterfield, shared members and stages with Field Report. Began self-publishing as Arrow Girl with the release of “a low place at The Old Place,” began co-publishing in the UK with Edinburgh-based Mini50 Records. Toured Scotland in 2013.