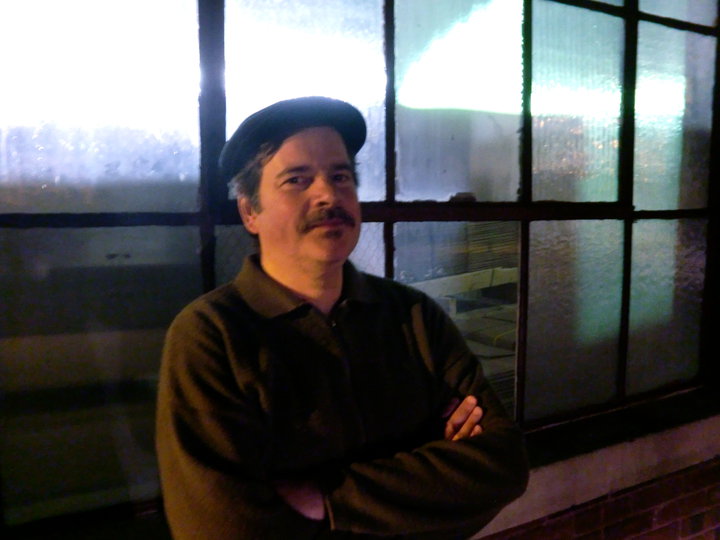 The trademark of singer/songwriter, John Stano’s individual sound is a distinctive blend of acoustic guitar, harmonica and warm vocals, developed over many years of performance and study. John plays six string, twelve string and National steel guitar and harmonica. Initially self-taught, John eventually went on to study American fingerstyle guitar at the Wisconsin Conservatory of Music and harmonica with national blues legend, Jim Liban. ‘Sing Out’ compared John’s music to early Bob Dylan while ‘Dirty Linen’ was reminded of Country Joe McDonald. His style could be described as acoustic folk-blues but John’s influences also include bluegrass, country, beat poetry and contemporary acoustic music. John studied English and creative writing at U.W. Madison. A skillful use of language adds spark to his songwriting. Besides his own songs, John also performs arrangements of urban and country blues classics, instrumentals and contemporary songs, covering music by artists such as; John Prine, Bob Dylan, Greg Brown, Little Walter, Robert Johnson, Mississippi John Hurt, John Fahey, Gillian Welch and Leo Kottke. John is a flexible and engaging performer who works regularly at a variety of indoor and outdoor venues. He also teaches fingerstyle and flatpick guitar, harmonica, songwriting, banjo and ukulele in the schools and from a private studio.

Winner of Solo/Duo category of the Grafton Blues Challenge (the historic home of Paramount Records) which earned John the honor to compete in the International Blues Challenge, held in Memphis, TN on Beale St in February, 2012.

Big Top Chautauqua Songwriter of the Year Finalist for 2010. Performed in Bayfield under the Big Top.

John performs regularly at many regional clubs including; Louie’s Coop.The Cafe Carpe, The Yardarm and The Coffee House. He has entertained audiences at Milwaukee’s Summerfest; was part of the Wisconsin Singer-Songwriters Series in Cedarburg, the Grafton Area Live Arts Series, and Beaver Dam’s Performers Entertainment Series.

His poetry was published in the Cream City Review, where he was awarded 1st prize for poetry, the Wisconsin Poet’s Calendar and the Shepherd. The Milwaukee Musician’s Cooperative awarded his songwriting.

He has been a featured guest on several radio programs including: WUWM’s Lake Effect, Wisconsin Public Radio’s Hotel Milwaukee and Simply Folk programs. Bill Morrissey, Barbara Kessler, Paul Cebar, Ed Hall and Willy Porter are some of the artists John has opened for. John has given benefit concerts for a variety of organizations including Guest House of Milwaukee, Friends of Lapham Peak State Park and Hunger Task Force.

His song ‘Dinosaur Bones’ from his first CD “Playing In Deep Water” was also included on a CD compilation called, “A Celebration of Music/Volume 2.” Series contributors include Les Paul and The Bo Deans.
His song “Be All You Can Be” was released as part of a compilation of Wisconsin musicians called, “One Ball of Clay.” Contributors include Jym Mooney and Larry Penn. His song, “Caribou Bar and Grill” was recently featured on NPR on Michael Feldman’s “Whadya Know?” radio program. His song “From A Rusty Cadillac”
was featured on NPR’s “Car Talk.”

Paul & Andy bring harmony, humor, and laid-back style to favorite songs from the past, ranging from folk and blues to Motown and psychedelic rock.