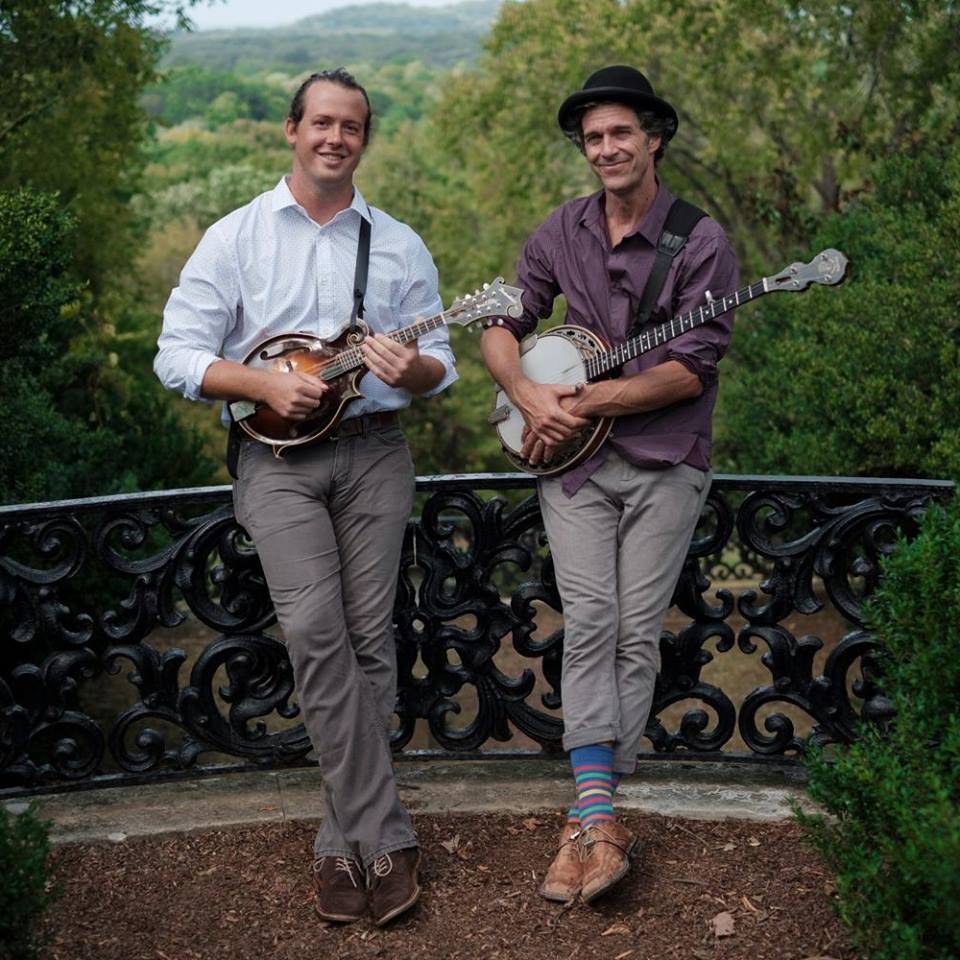 Colin O’Brien returns home to Milwaukee for a showing with a new musical partner! Colin and Travis Burch met on the banks of the Cumberland River in Nashville, Tennessee, just a good Frisbee throw up the river from the late John Hartford’s home They became neighbors and soon discovered that their singing together created a magic sound, the perfect blend of sonority and timbre from two voices, at once both distinct and complimentary. It was the sound that money can’t buy, and one hard work alone could never create. So work they did, rehearsing several days a week for months, . Their extraordinary arrangements, breathtaking dynamic range and instrumental prowess now all come together in service to the ‘voice’ that their two voices create. Under these layers of sound are Colin’s amazing percussive feet dancing on a plugged in hardwood box of his own design. The duo sounds like a four or even five piece band. On stage, this deep bed of musical texture that Colin O’Brien and Travis Burch create is delivered with the easy going humor that does justice to the word entertainment. They’ve just finished their debut recording, Avalanche. Opening for them tonight is Milwaukee’s own Guy Fiorentini!!