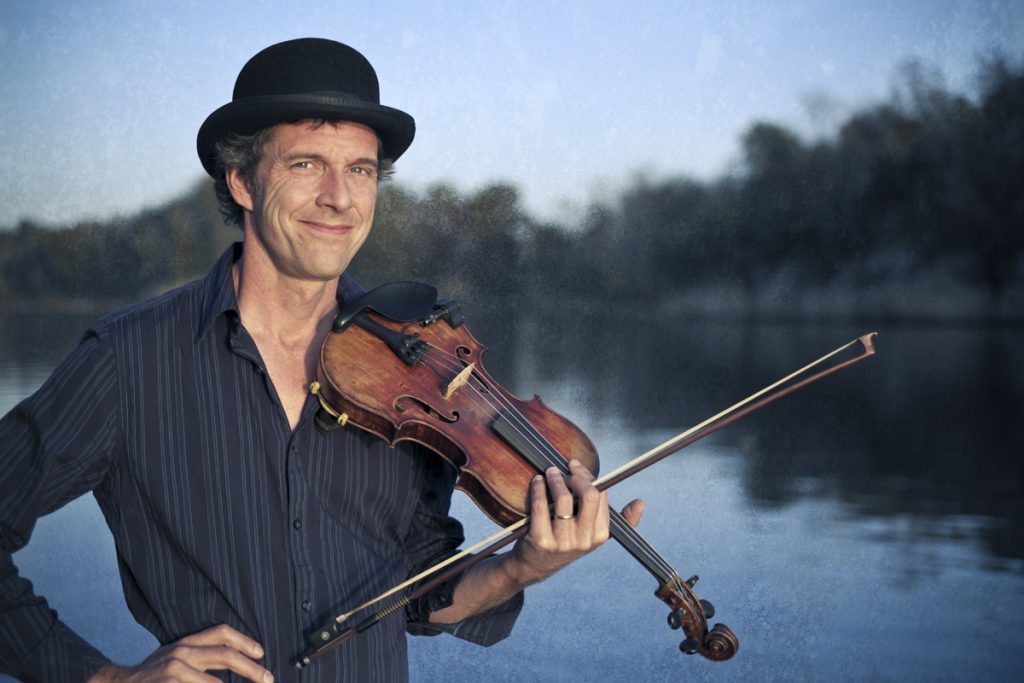 Colin O’Brien’s music is informed by the past and speaks to the present.  A playful performer, Colin delights his audiences with fiery melodies, groovy rhythms, soulful lyrics, fancy footwork and old time hat tricks. His banjo, fiddle and guitar playing, percussive dancing, and lyrics all express an earnest regard for the traditional, natural and true.

Colin loves to engage his audience, young and old alike, and may at any time leave the stage to dance and sing among them; his voice, fiddle and feet all still resounding loud and clear through the stage speakers.

In 2011, the great Nashville musician, Larry Perkins, heard Colin play at the John Hartford Memorial Festival and was side-struck. “Colin’s music is genuine, whimsical, full of fun and carefully crafted. For me, it’s a very pleasant surprise”

He invited Colin down to Nashville to record. The resulting After A Song features Colin’s original songs performed with several of John Hartford’s band mates, including Perkins himself.

“After A Song Bottles the lightning that was John Hartford’s engagingly off-center songwriting.” –The Nashville Scene.

“You are a very talented artist”

In addition to his solo song and dance, Mr. O’Brien performs with The Nashville Stringy-Band, an acoustic super-group featuring Matt Combs on fiddle, Mike Compton on mandolin and Todd Phillips on bass.

When not entertaining on the road, O’Brien may be found dancing in his front yard on the banks of the Cumberland River with his fiddle and banjo as the General Jackson steamboat rounds Hartford’s bend.