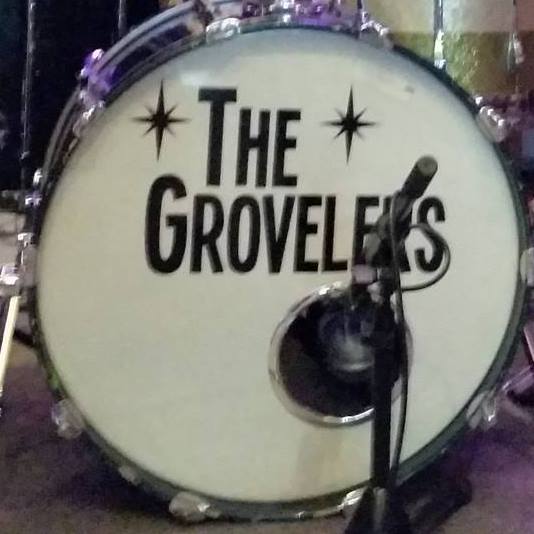 Formed in August 2013, The Grovelers were a project conceived by life long friends vocalist Skip and guitarist Graff. They quickly added Dane on drums and bassist Lemonie Fresh. Based out of Milwaukee, WI, The Grovelers are a high energy rock & roll band with a scorching original sound that draws influence from late 50’s rockabilly, early 60’s garage rock and 80’s punk rock.

The Quilz is a Dream Pop/SynthPop/Synthwave/indie Pop band from the Midwest, USA, formed in 2015. Vocalist Becky Heck and guitarist/keyboardist/producer Sage Schwarm (formerly of Codebreaker, The Sounds of Time) create original tracks featuring cinematic, dreamy vocals with modern production as well as an eclectic mix of select covers. 2018 saw the release of their 2nd EP entitled simply The Quilz – Vol. II. The band has an earlier CD release and a 7 inch flexi-disc under their belts and their 10-track vinyl LP Fishing For Ketchup is due out mid-May, 2019.