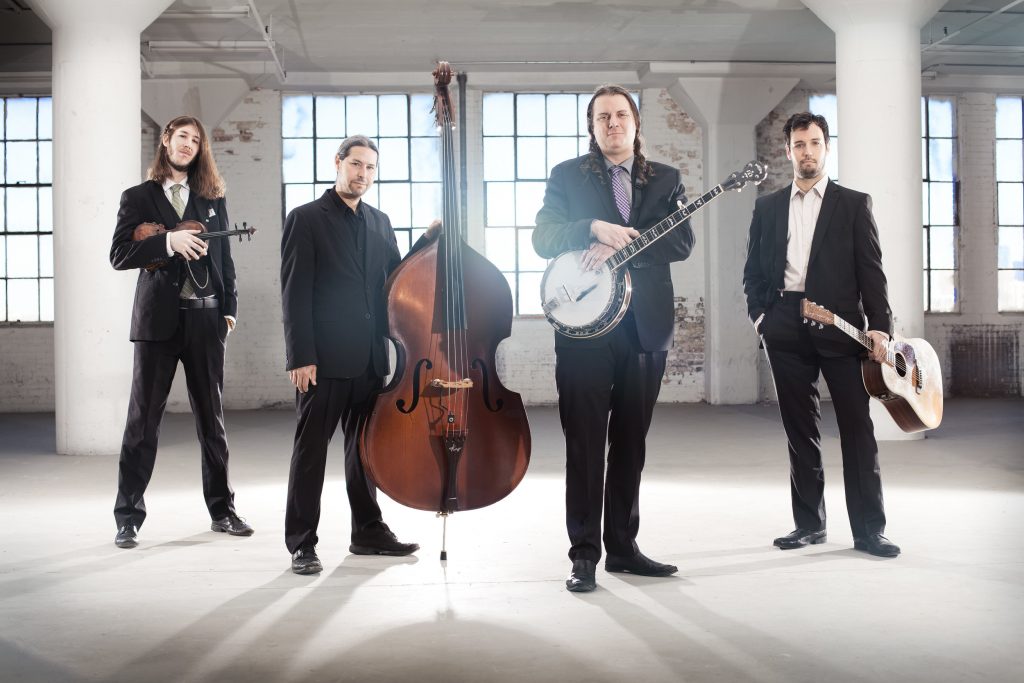 Founded over 14 years ago with the simple desire to play original and powerful bluegrass, this quartet now finds themselves at the intersection of performance, diplomacy and education. The Henhouse Prowlers have now been to more than 25 countries across the globe. Working with the U.S. State Department and under their own nonprofit, Bluegrass Ambassadors, the band incorporates music from, Asia, the Middle East and more into their already robust repertoire of unique traditional American music. When performing live, presenting workshops and wherever they are, the Henhouse Prowlers find and spread the commonality we share as human beings through the universal language of music. You can feel it at every show. On stage, the group’s electrifying performances give audiences a sense of how much they love what they do; while on record, the band manages to explore their collective life experiences through songwriting and intricate instrumentation. While bluegrass is the undeniable foundation of the Prowlers music, the band manages to bend and squeeze the traditional form into a sound all their own.