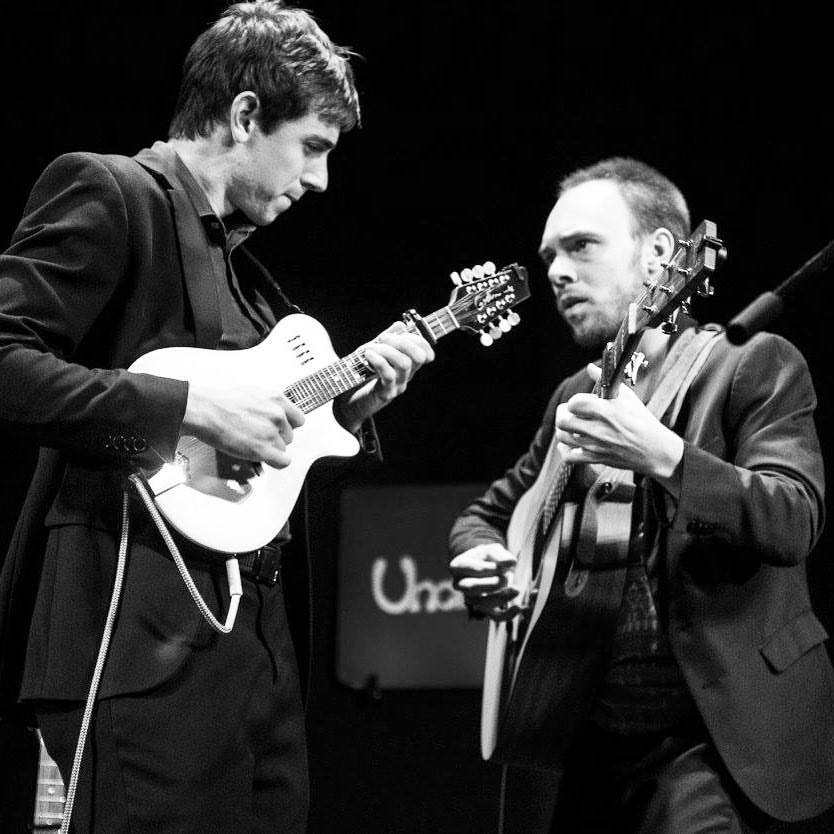 Frances Luke Accord are an independent Chicago-based duo hailing originally from South Bend, Indiana. Both dedicated multi-instrumentalists and meticulous songwriters, Nicholas Gunty and Brian Powers distinguish their music with genre fluidity, buttery harmonies and acoustic ensembles. Although prevailingly a modern folk band, FLA sip copious inspiration from Americana, jazz, soul, and rock.
Since forming during their senior year at the University of Notre Dame, Frances Luke Accord’s approach to music has marked a boundless evolution. In December of 2012 the duo released their first record, Kandote, a not-for-profit, intercultural collaboration with the Barefoot Truth Children’s Choir of Kkindu, Uganda — an endeavor that continues to support the primary education and musical aspirations of the choir. Bringing their world/folk sound to Chicago in the summer of 2013, the duo quickly garnered local and regional attention for their captivating live performances and stunning self-produced releases, including the Queen for Me EP (April 2014), Live @ Strobe (April 2015), and, most notably, their debut full-length album, Fluke (May 2016).

After traversing 5 continents and 20 countries with only a guitar and a backpack, Humbird returns home to sing songs from the edge of the world. Combining a wintry longing with the warmth of a familiar folktale, Humbird stretches traditional genres of folk and Americana to embrace the unexpected. This music invites a refreshing dissonance into the house, it leaves breadcrumbs along the path and reflects light back at the stars.