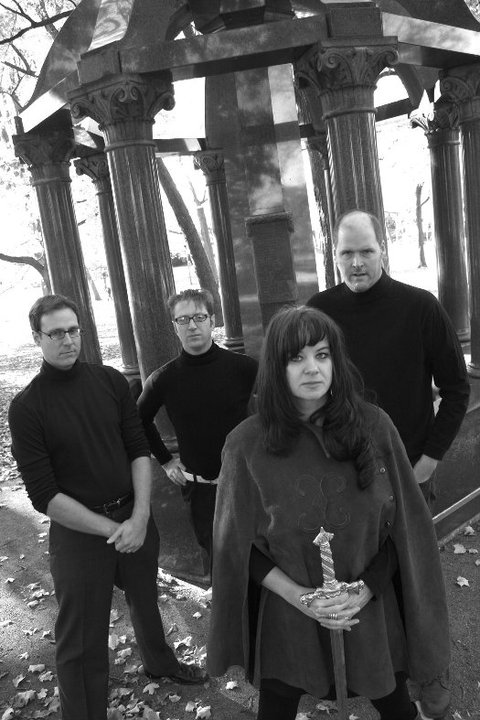 Testa Rosa’s self-titled 2007 debut was a breath a fresh air, boasting a series of well-crafted and unassuming pop-rock songs anchored by chiming guitars, crisp rhythms, and the knockout vocals of Betty Blexrud-Strigens. It was the rare local album with the courage to be pretty, a quality that many bands in Milwaukee’s male-dominated and punk and metal-weaned music scene cross the street to get away from. In many ways, Testa Rosa was a nod to the city’s college-rock past, though the band never veered into full-blown ’80s revivalism. It was a record steeped into mood and melody, and those attributes also form the foundation of Testa Rosa’s long-awaited follow-up, II.

Testa Rosa once again applies the amped-up drama of classic girl-group records to dreamy ballads that brazenly pull at the heartstrings, only this time with some extra muscle, courtesy of producers Beau Sorenson and Shane Hochstettler. Blexrud-Strigens’ vocals remain the focal point, reaching new heights of sweeping majesty on the “you done me wrong” weepie “My Sin” and the epic “The White Cobra.” Where II improves on Testa Rosa is in the added lushness of the instrumentation, which captivates even on lightly breezy pop tunes, like “If Only I Had Run” and the charmingly wordless “Carpet Cube.” Testa Rosa isn’t Milwaukee’s flashiest or edgiest rock band, but on II it might be the most gorgeous. (by Steven Hyden January 6, 2011)

The Cut-Outs is the story of four friends. Four friends who grew up with a mutual love of music. Whether combing through their parents record collection, being intoduced to the The Clash and Wire from an uncle, or being submerged in the sounds of Minor Threat and The Descendents while skateboarding through South Side alleys, a seed was sown.

As influential as these bands and scenes were on the four friends, they truly bonded over the tunefulness and energy of lads from across the pond (Oasis, The Jam, The Beatles, New Order, Blur, Charlatans, Gene to name a few) as well as the burgeoning late 90’s, early 2000’s American Indie/Post-Rock scenes of Chapel Hill and the Midwest.
They soon formed a band. Writing and recording in Rob’s basement, they honed their songcraft and began to play shows. They self-released a 4 song EP called “Bring The Beat Back” that shared the same vitality and tunefulness of their early influences.