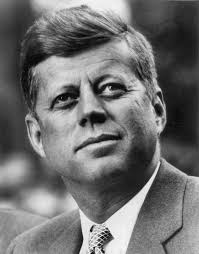 November 22nd, 1963, on the way to Dallas, Pres. John F. Kennedy said to his wife, “Jackie, if somebody wants to shoot me from a window with a rifle, nobody can stop it, so why worry about it.” That morning he was assassinated.

On this year’s Anniversary of JFK’s Assassination, Friday, November 22nd at 7:30 pm at Linneman’s Riverwest Inn,  1001 E. Locust St., a dramatic play reading of the assassinations of JFK, Robert Kennedy, Malcolm X and Dr. King will be presented.

The play, Project Unspeakable, was inspired by James Douglass’ groundbreaking and meticulously-researched book, JFK and the Unspeakable: Why He Died and Why It Matters.

In the best tradition of live “political theatre,” Project Unspeakable, is a staged dramatic play reading whose previous performances have received standing ovations from hundreds while touching and moving people, raising questions and provoking discussion, controversy and reflection.

Susie Krause wrote, “PROJECT UNSPEAKABLE shatters conventional wisdom in its examination of the truth about the assassinations of JFK, Dr King, Malcolm, and RFK, told in direct quotations and documentation. It is riveting, powerful, and informationally unsettling. I was rapt the entire performance.”

Written by Court Dorsey, this gripping play challenges the silence that for decades has surrounded the assassinations.  It delves into why these four men were targeted within a 5-year period, who was responsible and why it matters.  The text of the play is based on historic facts and direct quotes and contains documented information not widely known.

Full performance time one hour. Followed by feedback and discussion