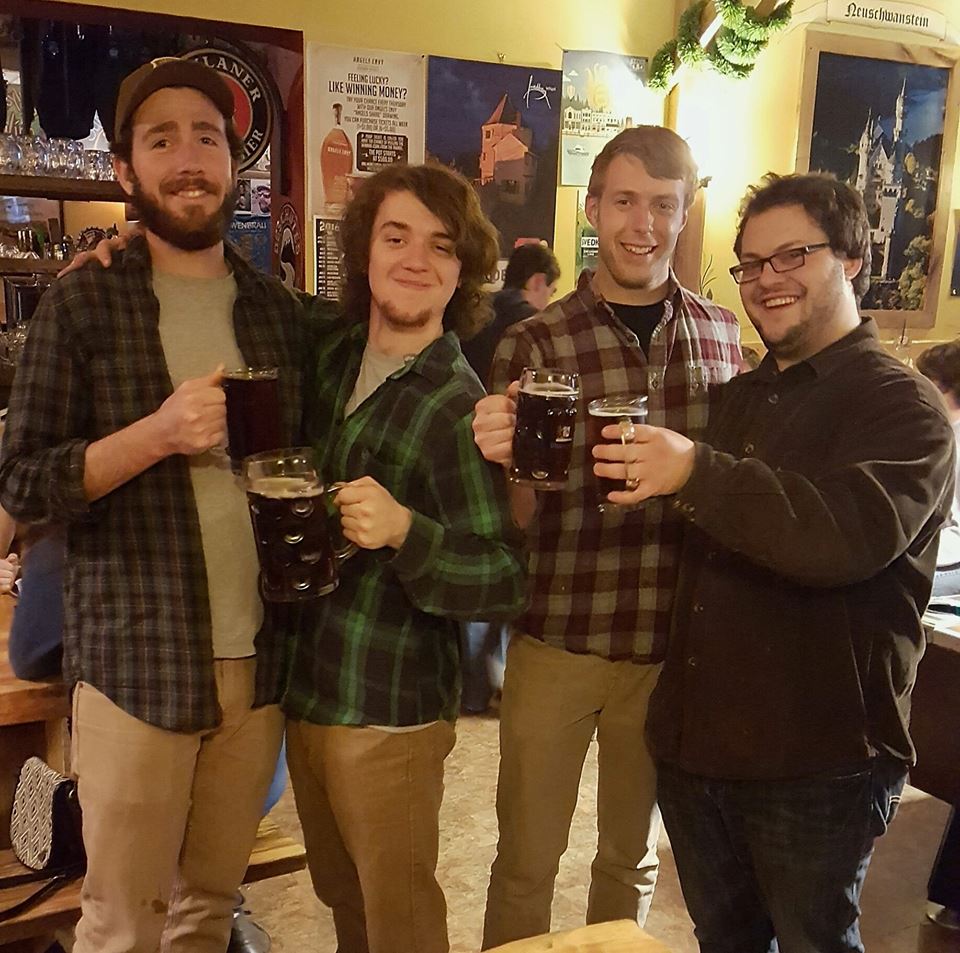 Armchair Boogie takes the essence of traditional bluegrass/folk music and molds it to their own youthful, energetic, and improvisational style. Armchair Boogie formed in the heart of Wisconsin in 2014 as a banjo and guitar duo. After playing a handful of shows, Augie Dougherty (banjo) and Ben Majeska (guitar) recruited a well versed rhythm section to hold down the upbeat tempos and provide an extra oomph that’ll bring even the saddest uncle to a dance floor. This happened in October 2015; and in the few short years since, they’ve toured consistently around the midwest, played with top notch artists such as Jeff Austin Band and Horseshoes & Hand Grenades, and played venues as big as The Majestic Theater in Madison. The sound has a newgrass feel that’s not afraid to delve into realms like funk or country. Keep an eye out for the first full length Armchair Boogie album being released 2017, and don’t miss them on the road year round! Joined tonight by Derek Pritzl and the Gamble.