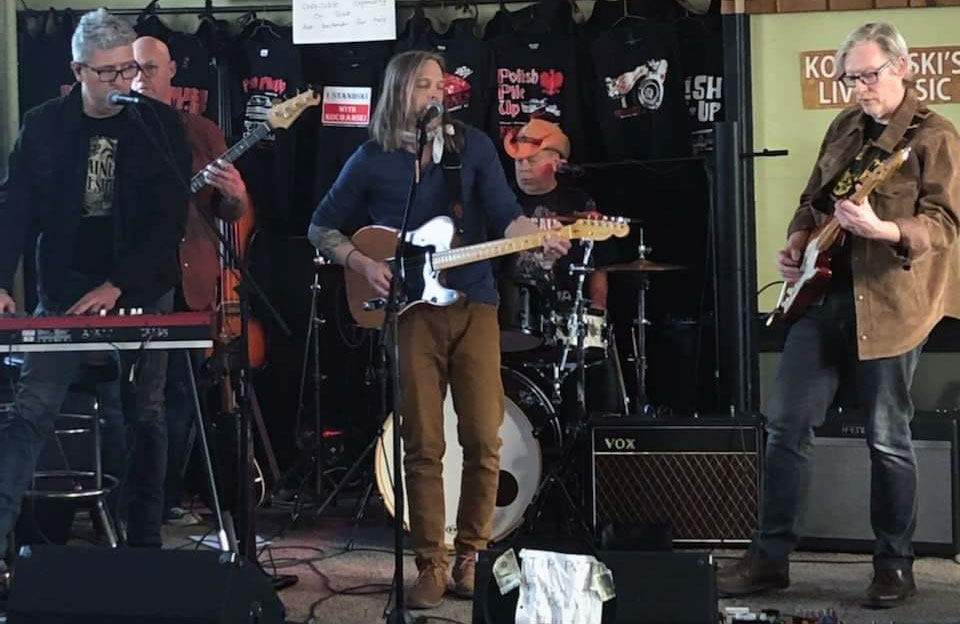 Doghouse Flowers was formed in early 2012. Anchored by the singing and songwriting talent of Justin Reuther, the group came together after Reuther relocated to Milwaukee from New Orleans, LA. The members of Doghouse Flowers came from a variety of bands and musical projects in the Milwaukee area.

Since forming, the group has taken every available opportunity to perform live; honing their live act at events and watering holes in Milwaukee, Madison, and throughout the rest of Southeastern Wisconsin. With a repertoire weighing heavily on original material the band is releasing its debut CD “Chasing the Sun” in early 2014. Reuther’s songwriting and performance background has been primarily as a solo artist. Tracing his musical tastes to 70’s country rock with its lyric driven harmonies and tasteful arrangements. Reuther crafted a sound that has been committed to
truth yet impossibly romantic at times “degenerative love songs” he calls them. Further describing his unique sound, “I love country but I can’t deny the influence of rock and a harder sound in our music at times.”

The Macchio Effect formed in January of 2021. Former members of Slurr, Bosio, Psuedo Slinkee, The Huge Beaumonts, The Rebuilts, No Direction, Lost Idols….