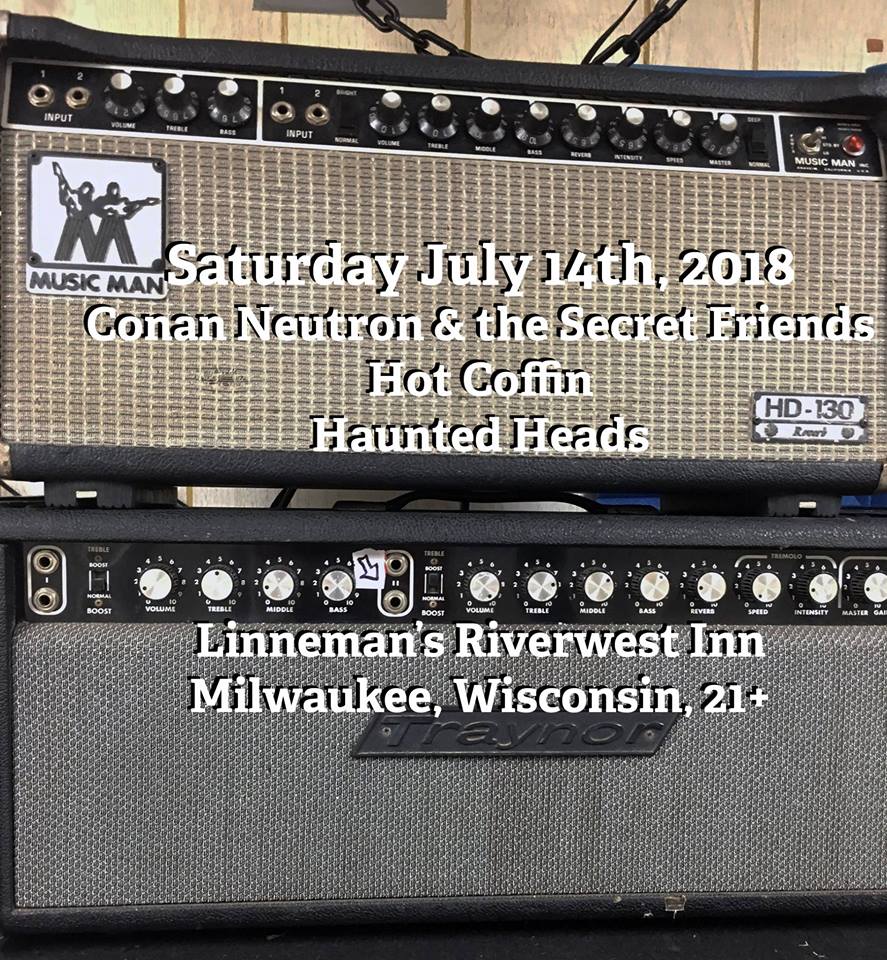 Conan Neutron is a guy, Conan Neutron & the Secret Friends is a band. It is a band featuring Dale Crover of the mighty Melvins on drums, Tony Ash of Trophy Wives, Dead Halos and Coliseum on bass and the production skills of the iconoclastic and enigmatic Toshi Kasai. The Secret Friends bring forth a wiry and adventurous rock ‘n roll that is equal parts Cheap Trick, QOTSA, fugazi, the Cars, Black Sabbath and DEVO with perhaps Mean Streets era Van Halen mixed in. Big rock, heavy, hooky, a little strange. You get it. Neutron, a rock ‘n roll lifer has spent the last 18 years making records and touring in such bands as Replicator, Victory and Associates and Mount Vicious, making uncompromising, sometimes challenging and daring rock music to anybody that is interested. The latest record is the Art of Murder. An 11 song album about Hannibal Lecter and the world around him. The first one is called the Enemy of Everyone. You can definitely buy them both, and you probably should do so. There will be some records, some shows, and with any luck much, much more to come. Watch us.

Adding support to the bill are Milwaukee’s Hot Coffin, and Oshkosh’s Haunted Heads.