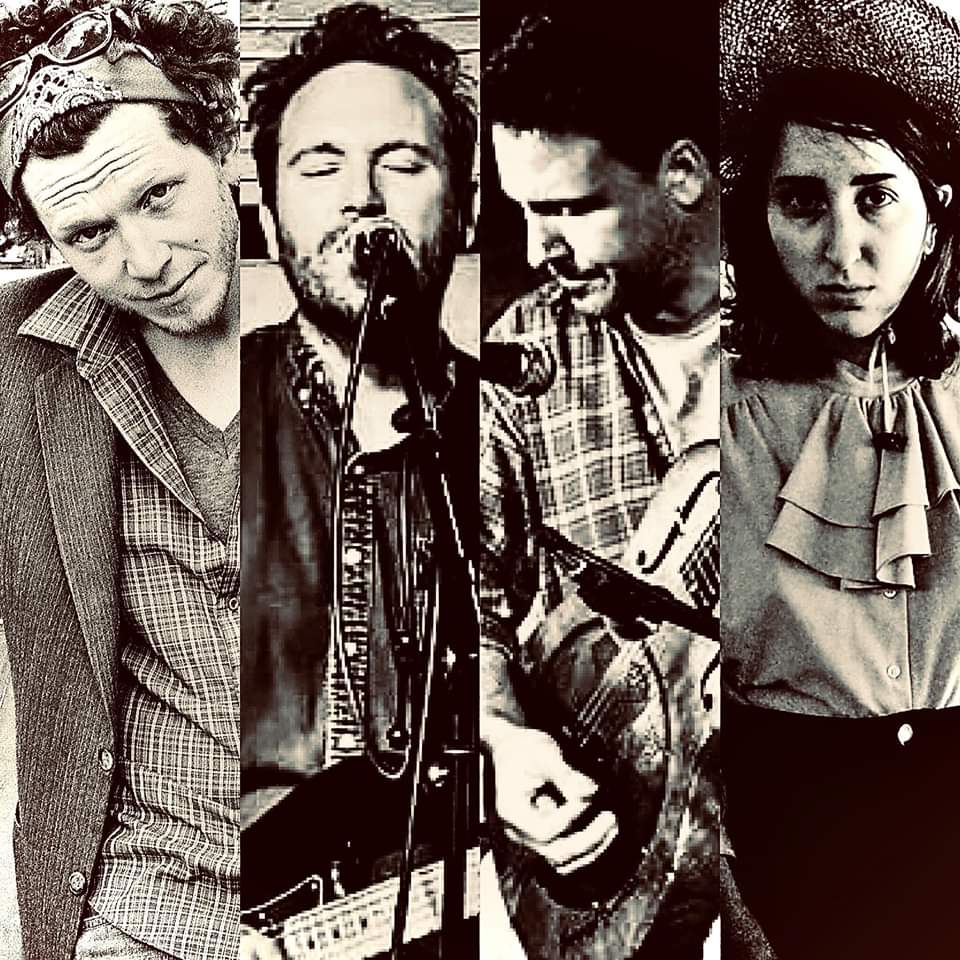 Max Williamson is an actor/musician from Summersville, WV and has been living and performing in Milwaukee for 20 years. He is the bass player in Milwaukee’s art damaged punk band Dirty Dancing and has been seen on stage with Off The Wall Theatre, Cabaret Milwaukee, Splinter Group, and Soulstice Theatre. Williamson plays a mix of original, classic folk and bluegrass music with rhythmic, percussive overtones coupled with subtley captivating vocals.

BJ Seidel, frontman of Dramatic Lovers has been at the forefront of the Milwaukee music scene for years, leading other prominent Milwaukee groups such as Decibully and New Sense.

Originally from Massachusetts, singer songwriter Ash Rotwell has formulated her sound along the road. With influences ranging from classic country to delta blues her music holds a dark tone and broad vocal range. A voice-full ramblin’ dandy equipped with Southern intent and a boot stomp for a rhythm section, Rotwell has been pick’n since a young age and has grown into a sound described as country blues.

Matt Hendricks is keeping the blues alive with his gritty, heartfelt singing, old school guitar playing and genuine original songs. He has won the Windy City Blues Challenge in 2009, and is proud to have won that title again in 2016. Equally at home as a solo performer or with a band, Matt has always been a fan of the blues. He learned their true meaning when he was killed in a car accident at 27 years old. After being brought back to life in a hospital bed and struggling through a long recovery, he was able to continue performing and writing songs distinctive to his life’s experiences. Not long after his recovery, he was asked to open for the great Buddy Guy. After that show he was told to come to Chicago and start playing Buddy’s club. Now you can see Matt perform every Tuesday and Thursday evening, and Sunday afternoons at the world renowned Buddy Guy’s Legends in Chicago. You can also see Matt perform regularly at the House of Blues, the Smoke Daddy BBQ, Lagunita’s Tap Room and many other great locations, just check out the Shows link above.