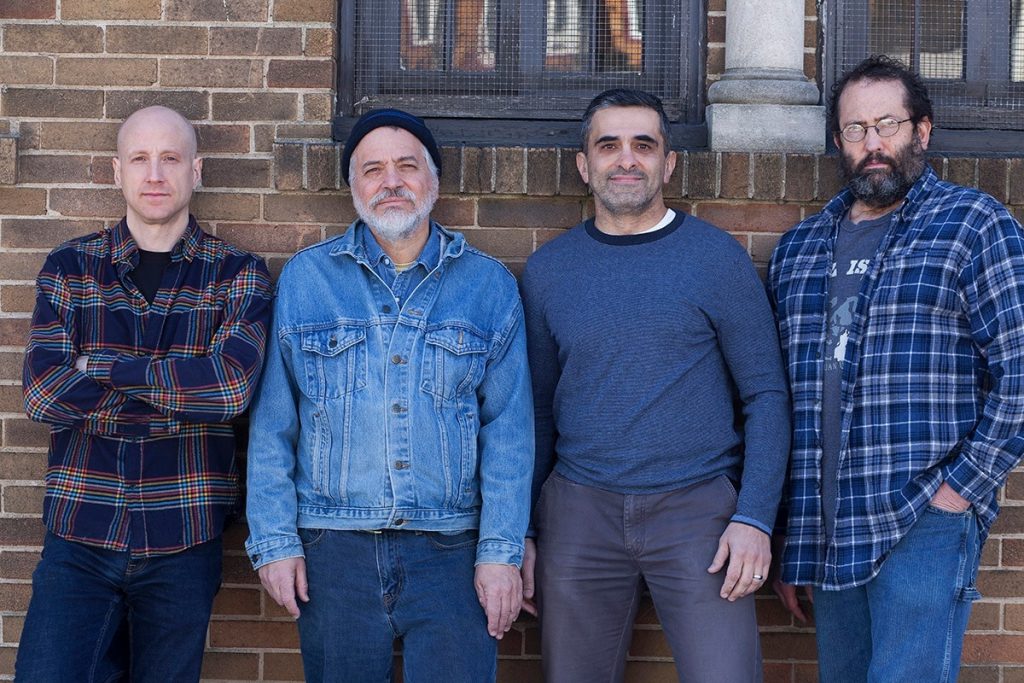 A shot of Rock, a dose of Americana, a dash of Fingerstyle and a spoonful of Rhythm & Blues – It all comes together in the originals and covers served up by JT & the Congregants.

Ten Penny Picassos is a folk pop band from Milwaukee. The band started when Angie and Dan Broderick began writing lyrics on bits of paper putting them in a Lucky Charms box. When they decided to write actual songs they formed Sing the Lake with Pat Jones. Later Chris Marks joined and they became Ten Penny Picassos, a fictitious band Dan and Chris had used to book a gig in Tempe, Arizona

This show is a benefit for the Hunger Task Force of Milwaukee!   Please contribute toward the show here: paypal.me/linnemans1001 or venmo@Linnemans     Both links will also show up while the show is live-streaming!

The Streaming performance can be found on Linneman’s Riverwest Inn Facebook page Beginning at 7pm!