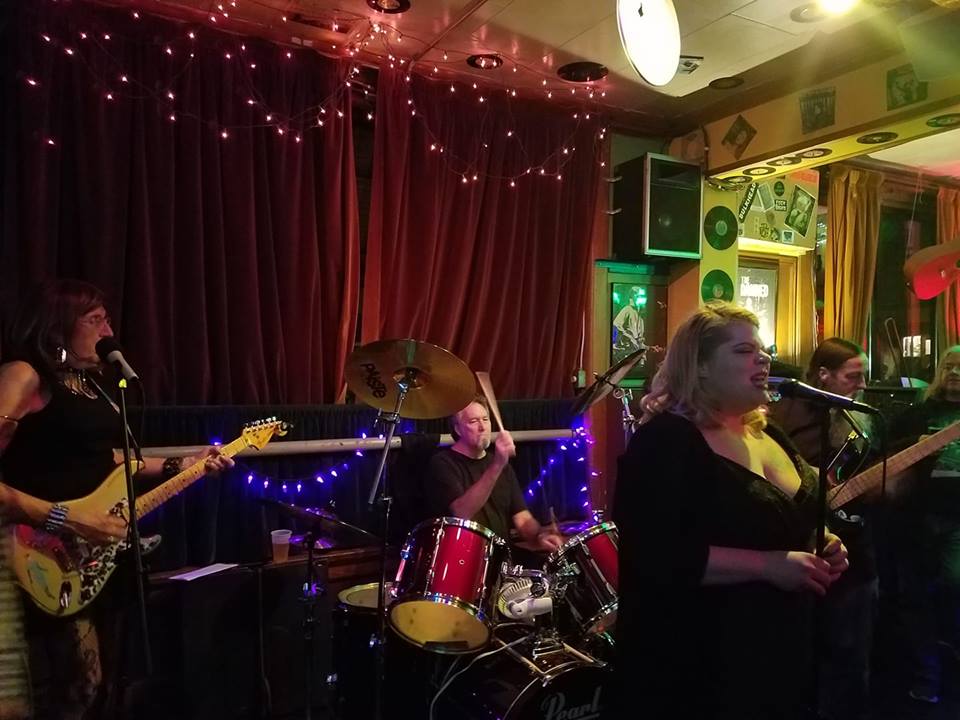 Back when I was in the Dummy Club, my friend Crazy John (rest his soul) said if I ever have my own band I should call it Fly & the Swatters. A couple of years later I formed a new band and gave it that name. Members were rotated among my friends who were available at the time and we mostly played Quarters and other Riverwest haunts. I went on to be in several bands including The Alewives and Immortal Plants. Then I talked my way into Dr. Chow’s Love Medicine which lasted over 18 years. With the departure of singer/songwriter Frank Chandek I was in the position to keep our garage rock attitude going. Chow’s drummer Dan Glaser and bassist Joe Polizzi agreed to stay on and we added our friend Jessica Erin to grace us with her sultry vocals.

Formed in August 2013, The Grovelers are a four piece band based out of Milwaukee, Wisconsin. They deliver high energy, original rock & roll.

In 1999 drummer Dave Somerscales and guitarist Jeff Callesen were informed that a band had canceled a show at Quarters. They stopped into the Riverwest bar and made the case to management to give their hastily assembled two-piece act, Floor Model, a shot on the stage. Quarters’ management agreed and the band’s 13-year-long (and counting) history began. Somerscales and Callesen have remained consistent members of the band since that first gig.