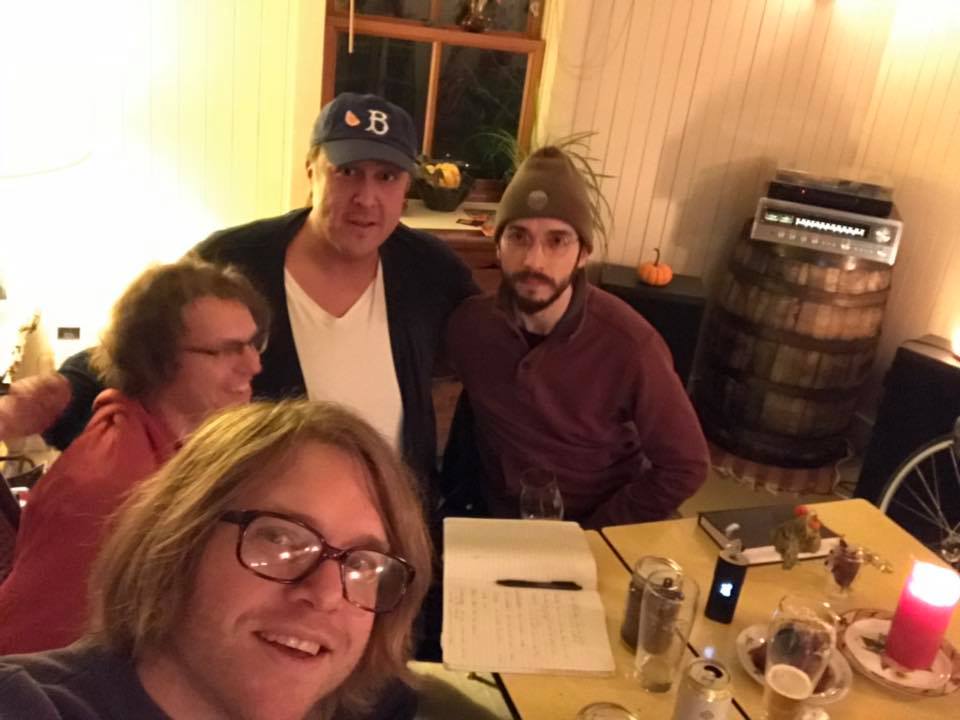 Ravi/Lola is a 60’s inspired psychedelic baroque/neo-toytown pop group from Milwaukee, WI. Ravi/Lola began as a home recording project in 2008 by Casey Seymour with collaborators James Green and Nick Wieczorkowski. 2 albums (Ravi/Lola, II: Ravi’s Tramadol) have been released from the home recording era.

In 2015, the band evolved into a live group consisting of Casey Seymour, Nick Wieczorkowski, Robert Thomas, and Anton Sieger. On June 2nd, 2017, the first album consisting of the live group, “Shape Up Shoulders,” will be released via CD, bandcamp, and all major streaming services.

The will be Ravi/Lola’s Neighborhood Daydream Album Release Show!!

Joining the bill this night will be Wavy V, and The Old Northwest.

It is not possible to relay another’s experience of neighborhood due to the inconceivable chance they are identical. However, we can find commonality by approaching the concept in general as a place with expectation, boundary, and relationship. Ravi/Lola brings you to a neighborhood filled with just that, using both the real and imagined, the described and anecdotal, to create another whimsical world of wonder for each listener to travel to. This album is only audio but it’s also an invitation to stop by, to visit, and get to know. Look out for the pinstripers, say hi to Mike the Mailman, get a history lesson, or take a school picture while confronting the duality in us all.