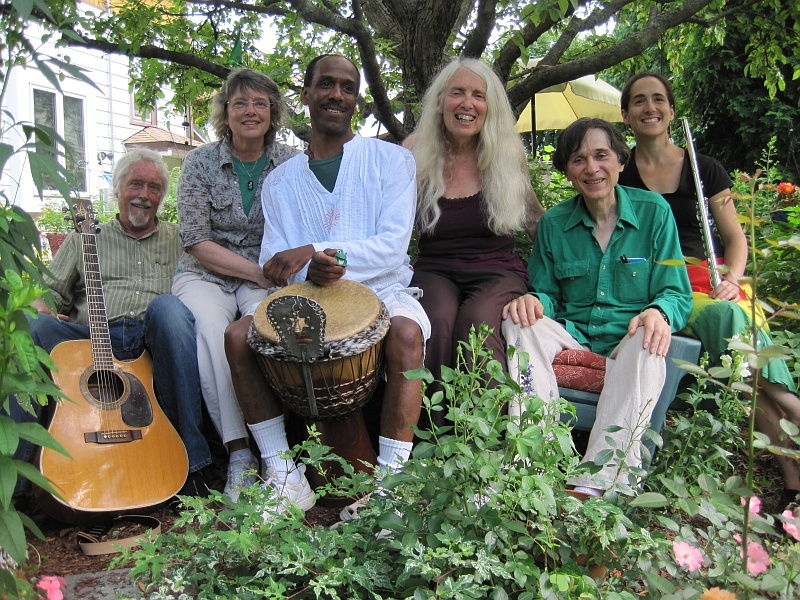 Poet and eco-activist Jeff Poniewaz organized Milwaukee’s first annual Earth Day Poetry Celebration in April 1988 out of concern that, after eight years of the anti-environmental Reagan presidency, not much was being done to observe Earth Day in Milwaukee. He had lived in the San Francisco area from mid-1978 to early 1983, enjoying the camaraderie of poets like himself among whom nature and the environment figured prominently. A meeting place of those eco ardent poets was a storefront in the Mission District over the door to which was a sign that said “Cloud House” and “Walt Whitman Breathes Here.” Cloud House’s custodian was a dynamic street poet who went by the name of Kush.

After he returned to his native Milwaukee, Poniewaz was happy to see that a number of emerging Milwaukee poets were eloquently articulating environmental concerns as part of their poetic output. He thought: “How exciting if these poets, with their wonderfully various styles of writing and performance presentation, could be brought together in a kaleidoscopic way, with each having ten minutes to sound out their most powerful work in that vein.” He personally selected and invited each of the participating poets. The result was the first Earth Poets & Musicians Performance—or Earth Day Poetry Celebration as it was called when it was entirely spoken word and hadn’t yet acquired its music dimension.

Antler was part of this Earth Poets group for its first six years but now during April is busy performing at Earth Day events around the country. Kush, on a visit from San Francisco, opened the very first Earth Poets event with two of his street chants. Jeff was proud of this eco bunch of Milwaukee poets and glad Kush could witness how well they compared to their counterparts in San Francisco.

Of the original line-up of ten Milwaukee poets, four continue to get together each April for the annual Earth Poetry celebration. Poniewaz, author of Dolphin Leaping in the Milky Way, teaches “Literature of Ecological Vision” at the Urban Ecology Center via UWM’s off-campus program. Longshoreman Harvey Taylor has published a chapbook of his poems at the end of each year and in recent years has issued several CDs of his songs and poems. Suzanne Rosenblatt is a visual artist besides being a chanter of her unique incantations. Louisa Loveridge-Gallas, who has performed with singer Claudia Schmidt, published an outstanding collection of her work titled Revelations on Longing Street in 1998. Among Milwaukee’s best poets, these four are also dynamic performers of their poems. Other members of the original line-up were Angela Peckenpaugh, Ann Filemyr, Sue Silvermarie, Cristina Herrera and Craig Kowalkowski (now known as Craig Stone).

Each year a guest poet is invited to perform with the group. Guest poets have been Rick Ollman, Daniel Grego, Peggy Hong, Mathibela Sebathoma, Eric Hansen, KT Rusch, Jim Godsil, and Susan Firer. Claudia Schmidt performed two years as the group’s special guest. In recent years, musician/singers Jahmes Finlayson and Holly Haebig have joined the group, adding the magic of music to the magic of words.